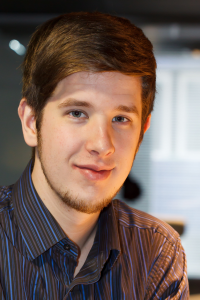 I was born on the 3 January 1988 in Hungary. I was raised in Martonvásár and went to the Vörösmarty Mihály Gimnázium in Érd. After finishing secondary school I’ve started learning informatics at ELTE, Budapest.

In 2007 I started working at OVB as a financial advisor and became an Branch Manager after a year of hard work. I’ve spent four years here, then moved on to different areas. I became a background actor for several months, then started working at Fleming Europe, where my task was to sell international conferences and trainings worldwide.

I became a professional game developer in 2012. After a couple of months working and learning at home, I got hired to Sealman Studio, a young startup, where I’ve learnt the basics of how a company in the industry actually operates. After half a year of working together the studio stopped it’s production and we split up. I spent several weeks polishing my skills and knowledge and then applied successfully to Zen Studios, where I’ve spent two years working on various titles and platforms.

In 2015 I’ve moved to Guildford, UK and was in a contract with Lionhead Studios, doing AI programming for them for their next big free to play title, Fable – Legends. After the project has been cancelled I’ve moved up north and joined Ubisoft Reflections to work on Tom Clancy’s The Division as an AI programmer. I was involved in the development of new AI mechanics as well as improvements to the core systems, but only after 6 months I’ve decided to move back to Hungary. I got hired to AImotive to bring my game AI expertise to the autonomous driving field, where my main task is to create realistic behaviours in a simulated environment to test and validate the car project.

Apart from my full time job, I also like developing software and games in my free time. To accomodate this hobby, I’ve been the owner of Overhead Games since 2013. Our flagship product is ePic Character Generator, a realistic 2D character image generator used by role players and game developers to illustrate their characters. It’s available as a standalone version on our website, as well as on Steam and Google Play. The company also offers publishing for small developer groups as well as working on some exciting new projects.

I’m generally interested in everything related to AI and programming. I enjoy experimenting with different techniques, and often spend time to prototype my ideas. I’m always open to learn and discover more.